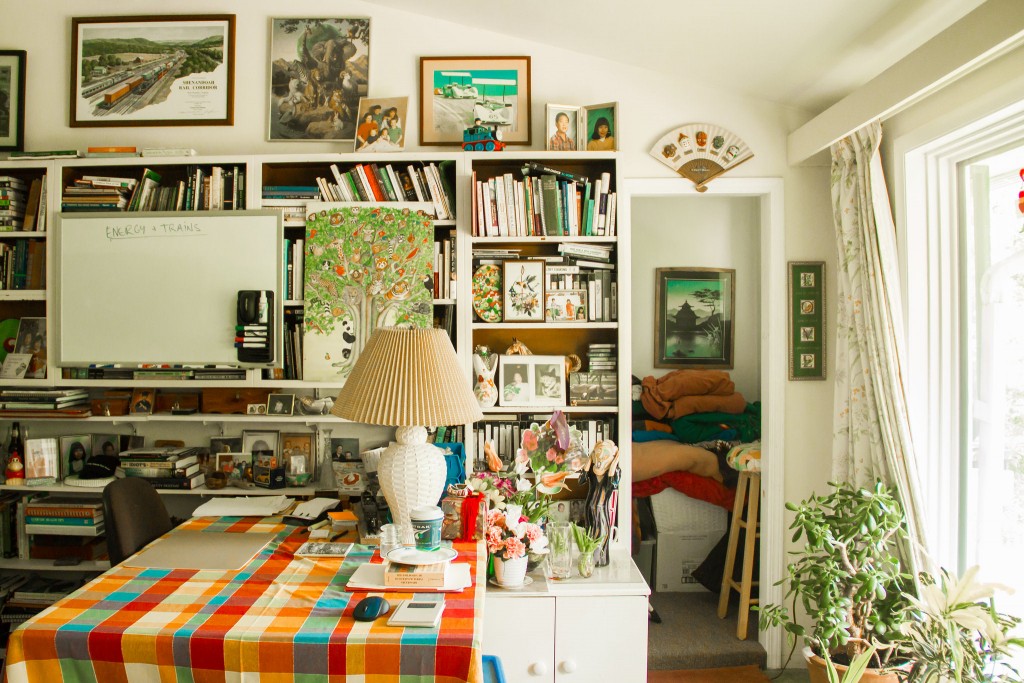 This month, the GRoW team made an enthralling visit to the Simpson Family Residence’s (SFR) awe-inspiring super-insulated passive and active solar home.

There are several houses with a similar passive solar design within the Amherst Area, but none like the SFR’s 240 square feet of South-South-East (SSE) window glass that almost encircles their entire home. 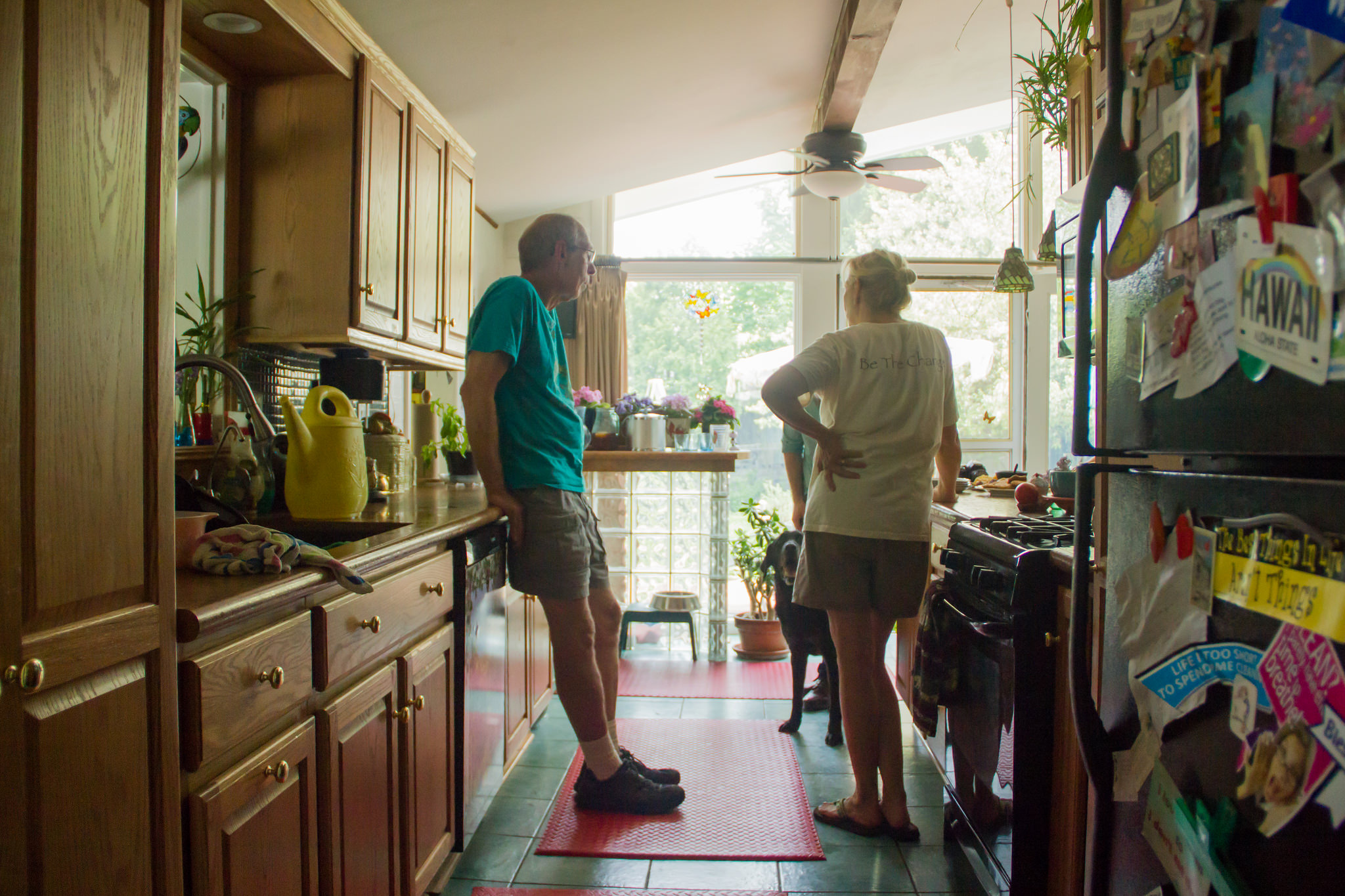 Walter Simpson, a former University Energy Officer (UEO) at UB for 26 years and was also director of the UB Green Office, termed his unique designs and formulations of his solar home as “accidental.” However, these flukes has mostly worked out splendidly for Walter and his family, such as the importance of the SSE’s direction towards the “solar south” at 30 degrees east which they so had “happened to walk into” one of the only correctly positioned home.

“They (the homes in the SFR’s neighborhood) are all kind of more or less alike and so they all have these window walls (the SSEs) but they’re facing every direction,” said Walter. “They weren’t designed for solar gain. They were mostly designed for looks and then in the second place, they were designed for energy waist. Because when they weren’t facing south, they were just really big energy losers. And so, there were maybe only three houses that had them facing in the right direction.”

Buffalo may not be renowned for solar homes, especially for its dark, gloomy, and frigid winter conditions. Thus, the SFR’s home may have had plenty pose the question of how heating takes place during the winter months -and perhaps even about cooling during the summer. Nevertheless, the SFR has managed to think of these complex but vital essentials of a livable home through harsh conditions and prove any doubters wrong. 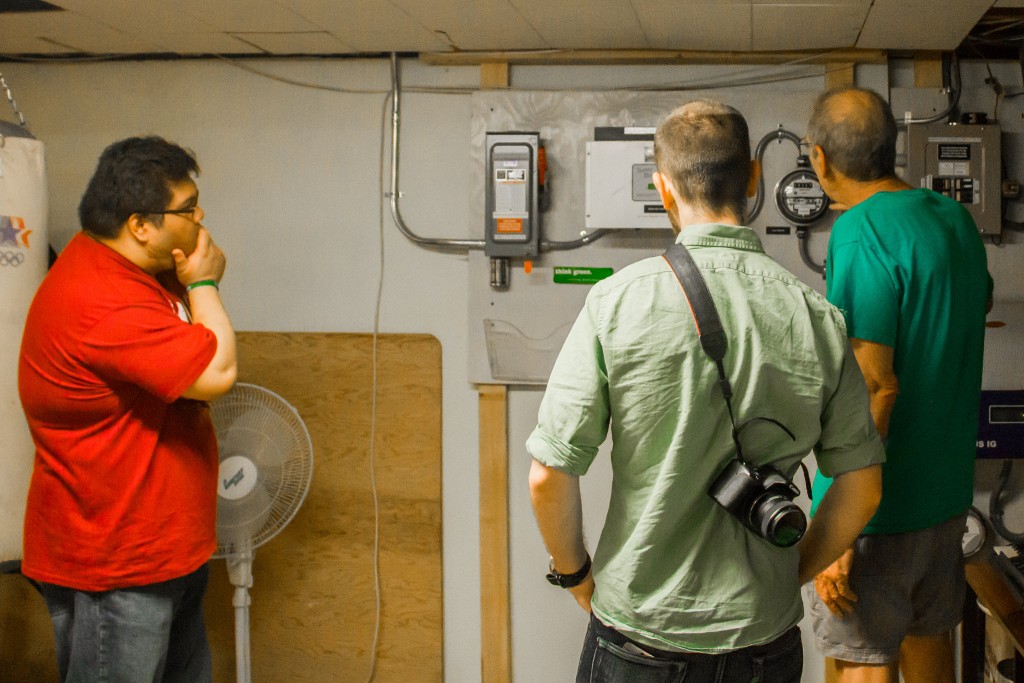 The winter months typically provide very little for the Simpson family to fret about. Boasting at an approximately 40 percent “Solar Fraction” performance –based on Simpson’s website, energyreallymatters.com – due to the sun, and how the house is super-insulated and very low heating load, it transmits enough for heating requirements. The housing’s heating system – also known as the Super-Insulated Retrofit – was inspired by the Super-Insulation Retrofit book.

Furthermore, the heat goes around but through the outside of the home during the summer, which prevents the indoors from becoming too hot. Moreover, keeping it cool inside of the family home does not require strenuous work, as awning, ceiling and portable fans, cross ventilation, and open windows does most parts of the job. In fact, an air conditioner has also been made available in the SFR but with the rich sources of efficient cooling available all around, it is occasionally needed. Also, the GRoW members that were present in part of the SFR visit, acknowledged how the drop of temperatures and nice cooling their basement were.

Additionally, the SFR home is well equipped with a reliable solar hot water system that greatly minimizes the natural gas water heating load. Downstairs of the Simpson’s family basement, it doesn’t only contain a second storage of some food and a pool table but also an integral piece of the solar home puzzle. Simpson had implemented insulating blankets on natural gas water heaters. He admits that these tanks could only generate about a quarter of hot water from the tank, which is on the top and also the part acquired when in need of hot water. Surprisingly, that amount of hot water is enough for the entire household. This was another “accidental” success to Simpson’s array of stupendous ideas, designs and formulas.

Next to the vital source of hot water to the SFR, Simpson has almost half of his water heating room filled with model trains and scenic landscapes. Besides his expertise in energy conservation and sustainability – to name some of his vast knowledge and intelligence – he has a passion and love for trains. However, he openly shares the room with his children, but humorously concedes how they never really shared similar enthusiasm for trains like him. 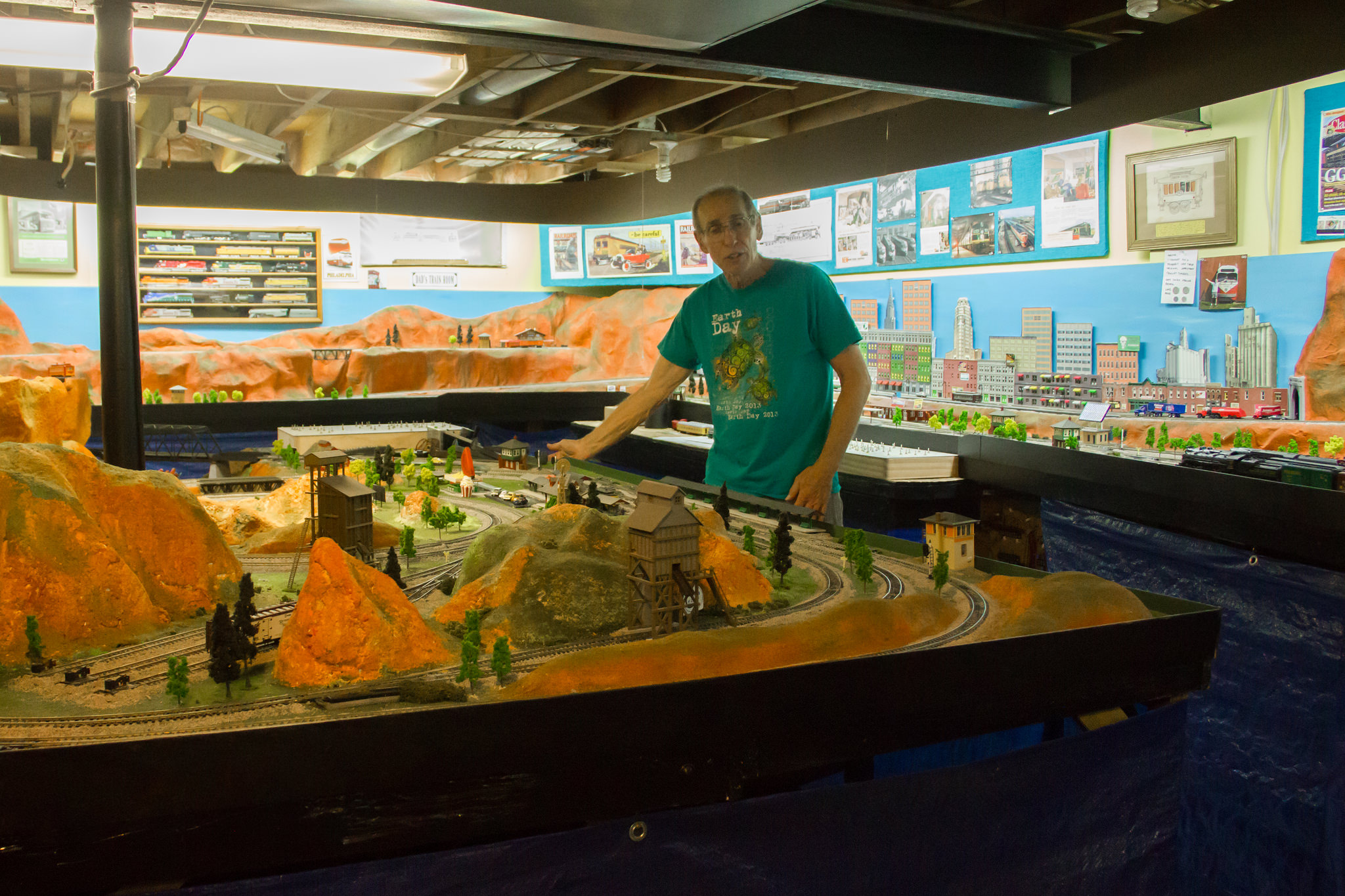 Simpson did describe of how tough and time-consuming it was to build an adept solar home, where he remembers a few decades ago, when he would work on his home while his wife, Nan, and the children eagerly wait to hear from him. He also acknowledges the years of support from Nan and also jokingly mentioned of how glad his late mother-in-law didn’t get a “heart-attack” for his strong dedication and quite eccentric – but successful – methods towards redeveloping his home.

Residing in the SFR’s solar home is Walter, himself, along with his wife, Nan, and also their son and daughter – Jay and Sky, respectively. Also, not forgetting the adorable Zorro, their loyal Labrador, and two lovely cats that make the SFR even more special. 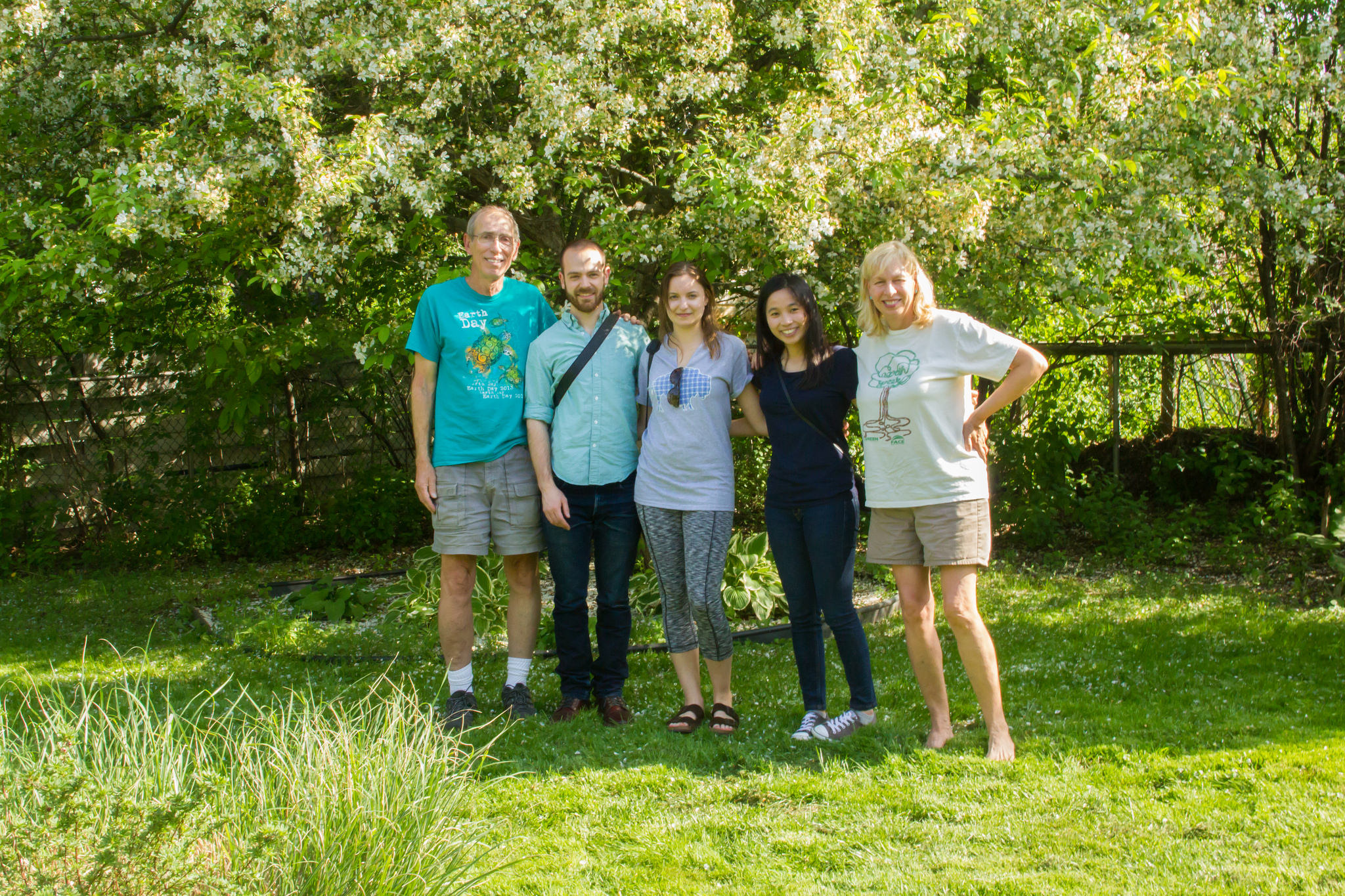 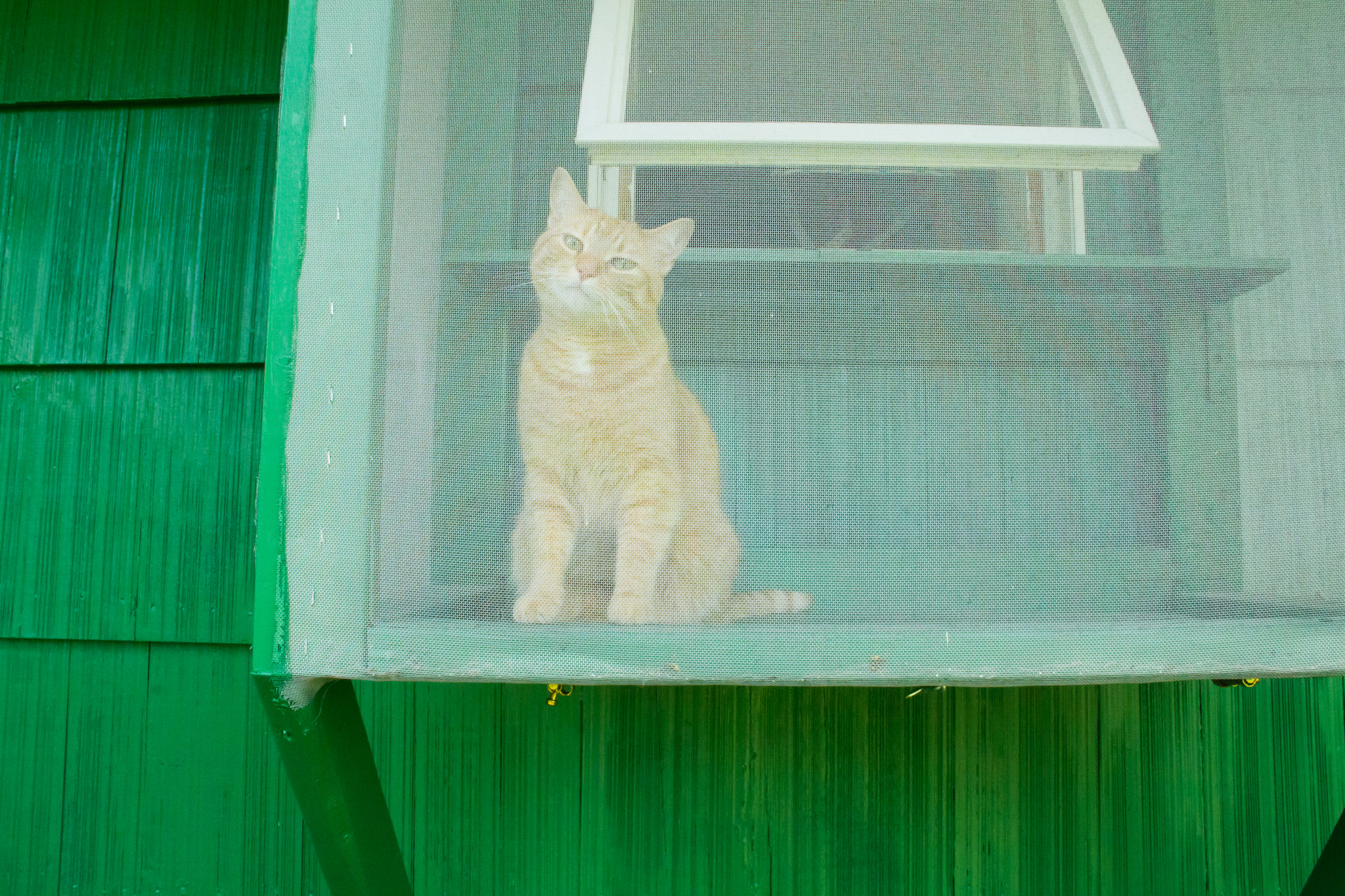 Find out more about the Simpsons at Energy Really Matters.